Is it better to weigh yourself daily, weekly, or not at all? 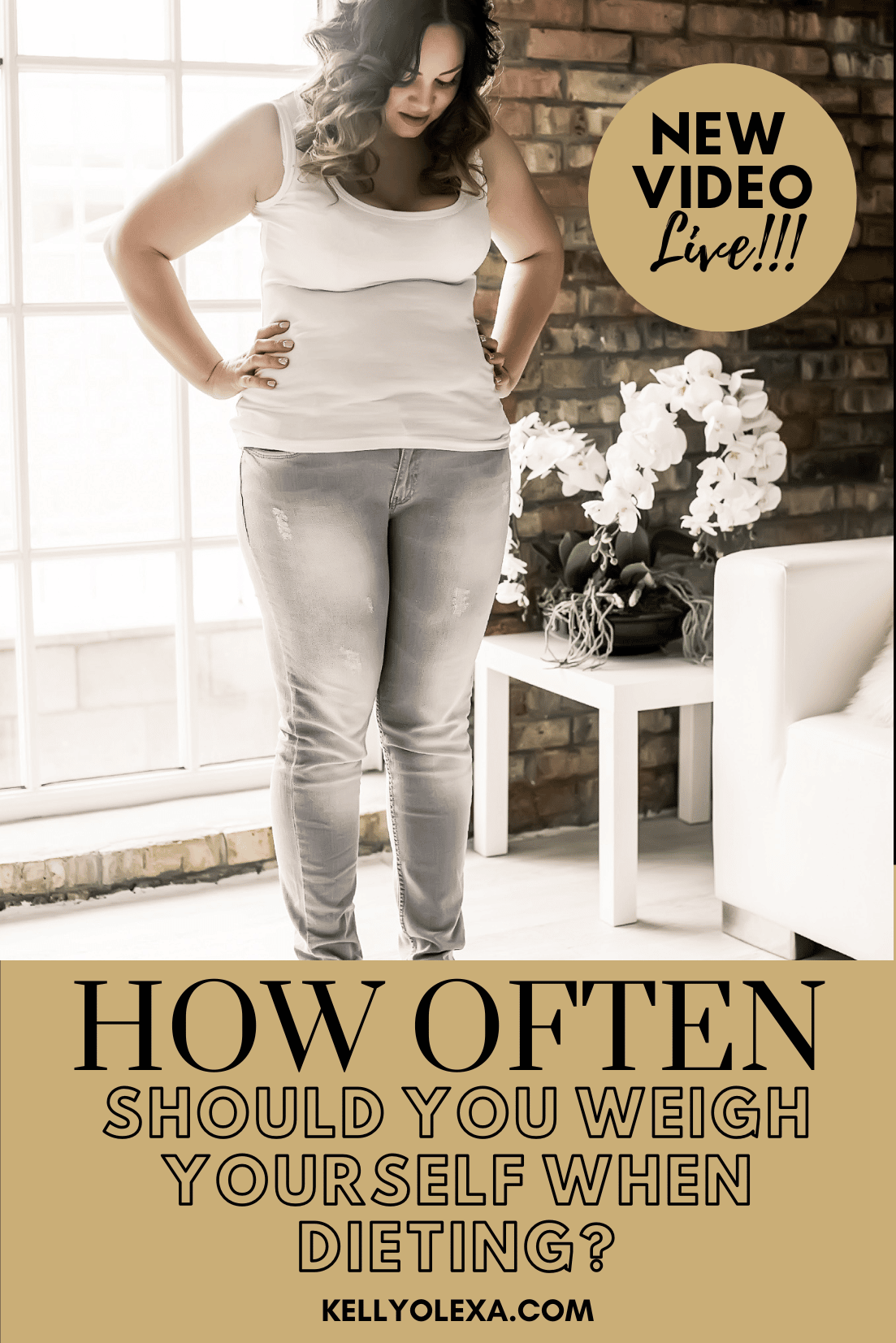 This post is sponsored by Eat Smart Products– All Opinions Expressed Are My Own!

How often should you weigh yourself when dieting? This question is often a hotly debated one and I’m not sure why but — it usually stems from this idea of weighing oneself being a bad idea that can lead to obsessive mindset. I disagree. I used to be the person who avoided weighing myself at all costs, avoided looking at the scale at the doctor’s office when they weighed me and had become TERRIFIED of knowing what the # was that I actually weighed– because I knew I was overweight but I didn’t want to know HOW OVERWEIGHT I WAS. I WAS LIVING IN FEAR and that fear grew and grew with each day I didn’t weigh. Here’s the thing- the longer I didn’t weigh, the more my fear grew and the more my anxiety about my weight grew. The more my anxiety grew and my wondering about how MUCH I was over my ideal weight– the more damage I was doing to my hormones– the more I was jacking up my cortisol which was affecting my adrenal situation which was affecting my insulin which was …..making me NOT BE ABLE TO LOSE WEIGHT. Hmmm. Crazy situation right? And I kept making it worse. See what happens when you just AVOID FACING YOUR ISSUES?? It’s like trying to sit on a beach ball in a pool…..that beach ball is gonna pop up and fly into the air……you can’t keep it down!

Friends!! I have come to learn that weighing ourselves is a gift to take the emotional nonsense out of dieting. Once I hired a trainer (Alex Mazzurco of Level Ten Coaching) to help me with a Reverse Diet, she had me weighing myself daily for the first time in FOREVER and it was the best thing for me. Suddenly I saw how the scale could fluctuate up and down for no apparent reason– even if I hadn’t changed my eating to cause it. I realized the scale did its own thing and was just a THING to provide ONE data point. I became friends with the scale and still am to this day. Sometimes, yes, sometimes I still get wigged out when it goes up on me. I’m female. It happens. But overall, I have come to see that weighing myself regularly, daily, gives me preventative power over being SURPRISED BY WEIGHT GAIN — who wants to deal with that?? No one. NO ONE!! When you regularly weigh yourself, you prevent unexpected creepy pounds from sneaking their way on your body……you are in control of your temple. For me, that’s the way I like it. 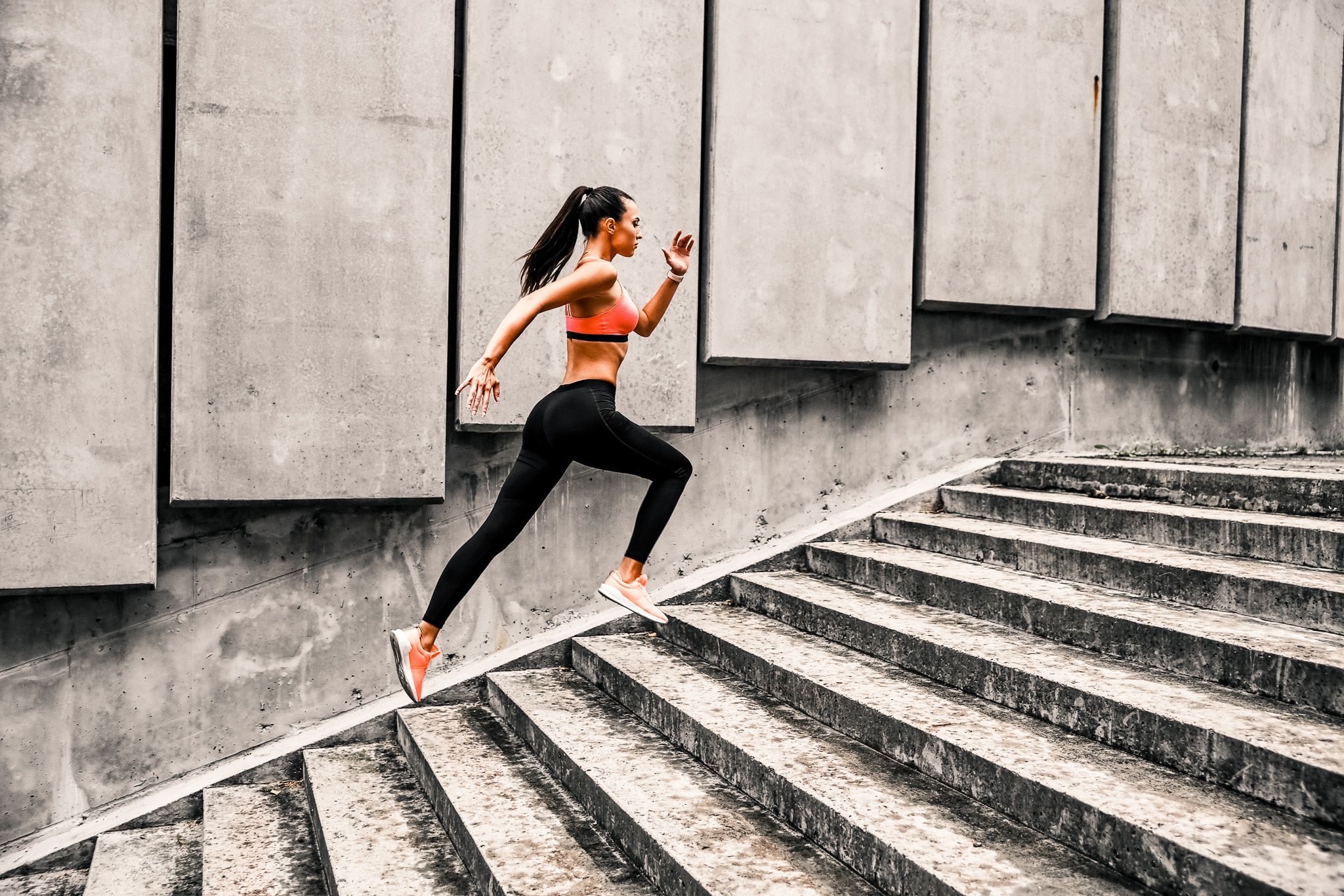 What Can Cause Fluctuations In Your Weight?

This question reminds me of when I had my first consultation with a neurologist about my migraine situation. She was going over all the things that could trigger a migraine. Suffice it to say, that list pretty much covered THE WORLD. Seriously, like EVERYTHING in the world can be a migraine trigger!!! It’s crazy! And in the context of things that can cause your weight on the scale to fluctuate– get ready. Some of the basic things that a lot of  people don’t consider but should are– whether or not you are weighing at the same time every day, whether you are weighing on a truly empty stomach (did you pee yet? Have you had a bowel movement yet? Not to be gross but you might be surprised how much your poop can weigh girl!!) Have you had a cup of coffee? I weighed my cup of coffee and discovered it weighed .75-1 LB!! That’s right, it’s a big cup of coffee my friends– and you gotta think about any liquid you might drink like a pre-workout or anything like that– you drink an 8oz glass or more of that– you gotta adjust your weight. So that’s literal– then there are things that can be more vague or “when did this happen exactly??”– like the times it SEEMS you gain 3 lbs overnight. Clearly that didn’t happen but– if you worked out with WEIGHTS vs. cardio, your muscles will likely be inflamed and holding water while they heal– this is very typical. And the more you lift heavy and build muscle — you know what’s coming, you will GAIN MUSCLE AND probably see the scale weight go up, but your body SIZE will come DOWN. This is why you — as I stated above- not only WEIGH YOURSELF but also measure yourself and take progress photos and pay attention to your size and how you feel in your clothes! BIG PICTURE my friends….big picture! You may feel BLOATED- that’s not just a feeling. If you feel bloated, you might have undigested food (think about the question above about bowel movements: have you gone to the bathroom or are you missing some??) If you are backed up– this will show up as weight on the scale. This is why I take fiber every day to make sure I stay regular my friends! It should be your focus not just for weight but for a healthy gut and longevity! The supplements you take might also have an effect on your weight- as can medication. Some meds make you retain water like antibiotics etc. so keep that in mind. 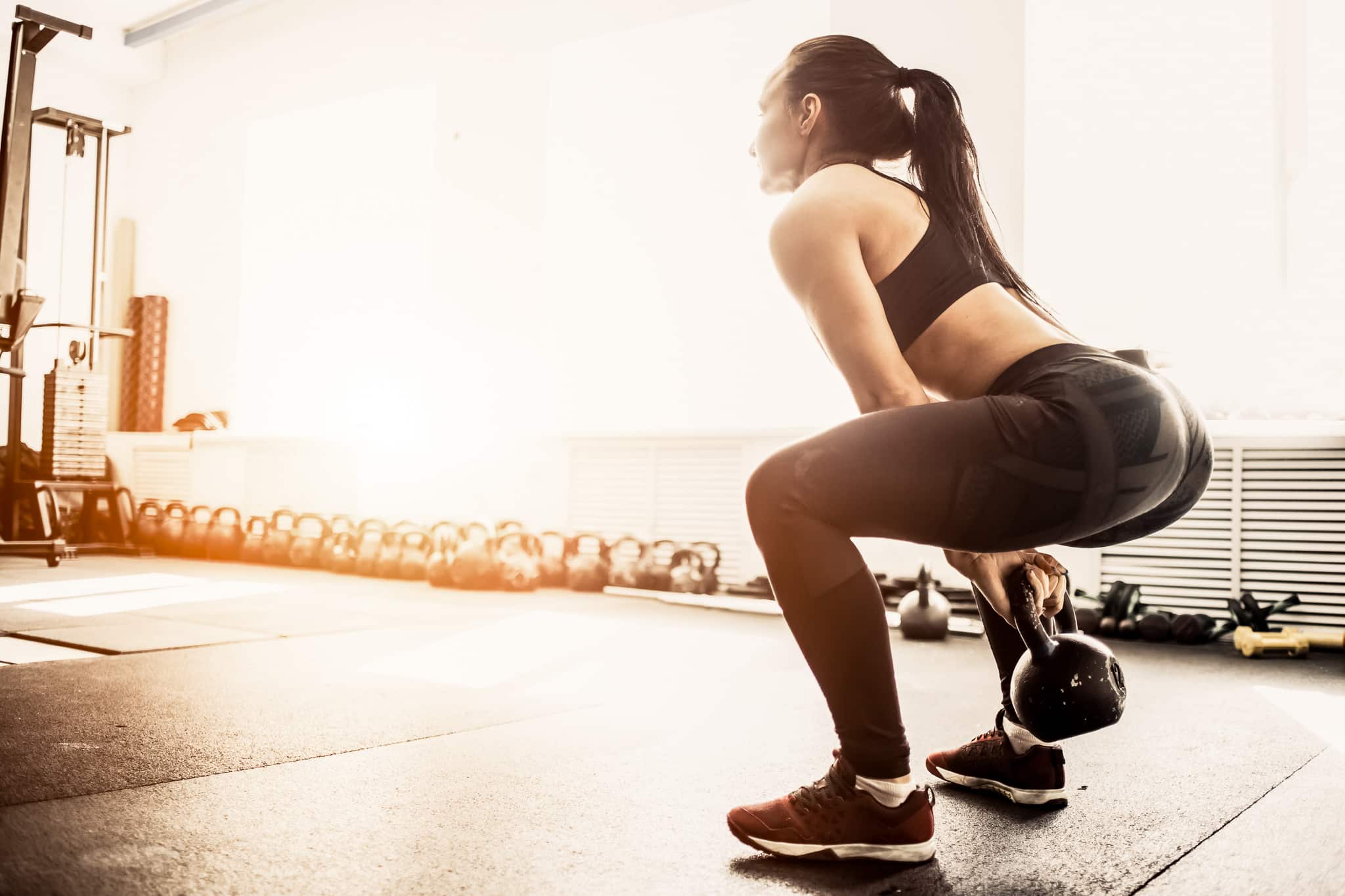 The Best Approach to Tracking Your Weight

In my opinion and experience, the best approach to tracking your weight is to make it fun and make it a challenge for yourself. Make it a game of sorts with rewards for participation. It’s even better if your significant other or a friend can co-participate with you of course. I’m lucky that my husband is as committed to fitness as I am– we keep each other accountable. The goal should be to see how fit and HEALTHY you can get your body– and how to treat your body like the temple it is– and keep it that way. We are made as amazing creatures capable of far more than we realize. I’m 53 years old and so far in the best shape of my whole life and I’m just getting started– I challenge you to view your getting fit journey as a gift — an opportunity to carve out the best version of you so that you can have the best future possible. Don’t you want to be active and healthy and able to run the world and do whatever you want whenever you want wherever you want- at whatever age you are–??? I want to be able to take vacations with my husband in the coming decades and walk and take hikes wherever we go and not have to say “oh we are too old to do that”- and the wonderful thing is because of what we all have access to with this information on HEALTH and wellness– and the ability to apply it= we all can lead active and amazing lives far longer than generations before us. That’s amazing.

If you don’t yet own a body-weight scale and want to snag one of the best, my friends at Eat Smart have provided a $10 OFF discount for you on your purchase at EatSmartProducts.com— just use the code KELLYO and CLICK HERE to shop. I’ve been a customer of theirs for over 15 years now buying their food scales and now that I am using their body-weight scales I’m even more impressed. Let’s do this together shall we?? Take the blinders off and take ownership of your body! You’ve got this!!

Disclosure: This post was sponsored by Eat Smart Products. All opinions expressed are my own. 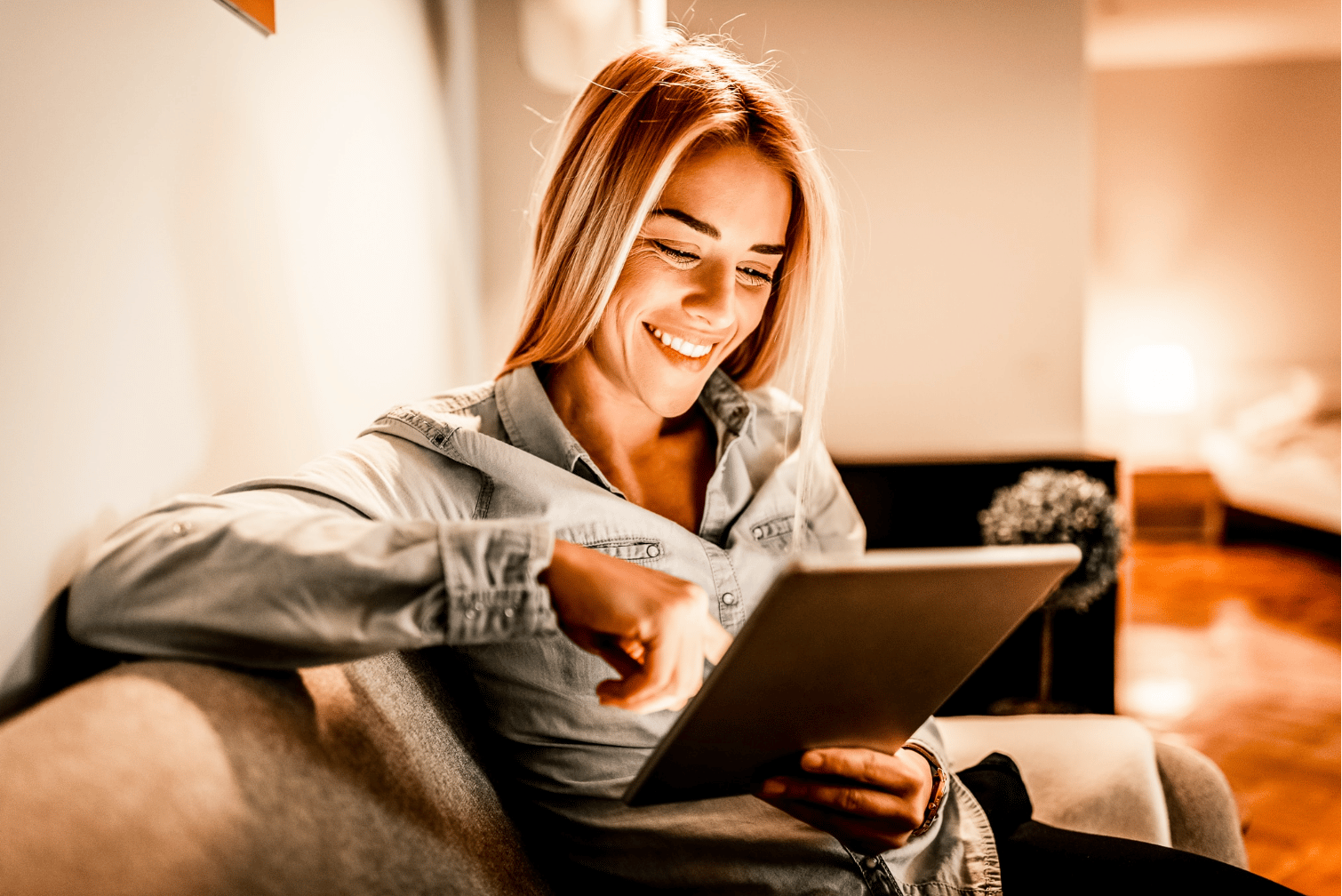 If you enjoyed this post, you’ll probably want to check out these other ones as well. My brand new Keto Cookbook is out now– just $27 gets you over 55 low-carb recipes that helped me lose 36 inches and 30 LBS! CLICK HERE to snag your copy! My Keto Bootcamp is live too- for just $99 you can watch my self-paced video taught course and learn how to go KETO the way I did– you get lifetime access to the FB group where you can ask questions after you’ve completed the videos and started implementing the KETO lifestyle! CLICK HERE to start losing weight now! The Best Treatment For Chronic Stress: Click Here. GOT PERIMENOPAUSE? NEED TO LOSE WEIGHT? Click here.

Note: this blog contains affiliate links that allow you to find the items mentioned in this post and support this channel at no cost to you. While this channel may earn minimal sums when a viewer uses the links provided, the view is in NO WAY obligated to use these links. Thank you for your support. 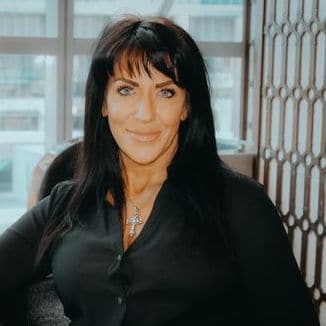 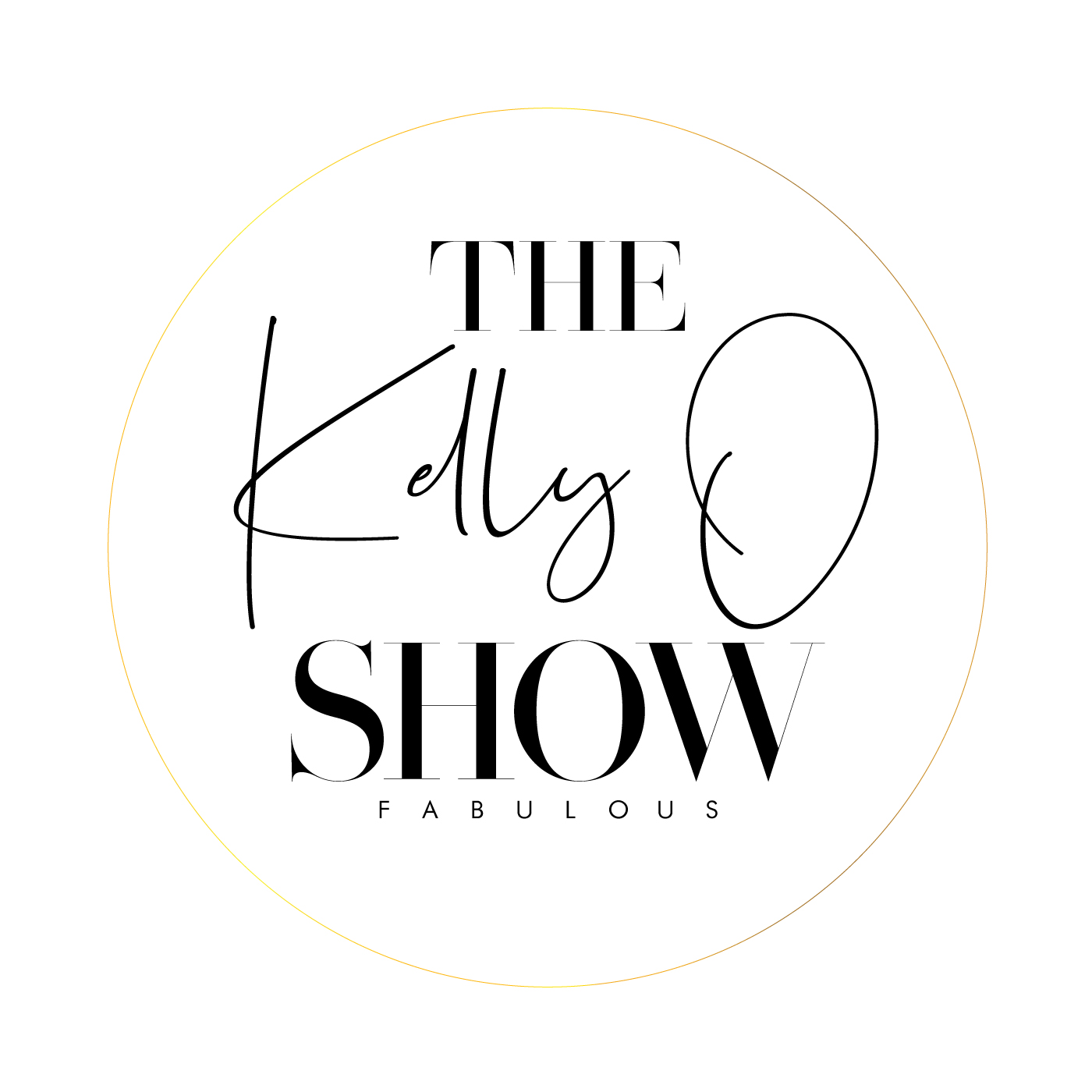